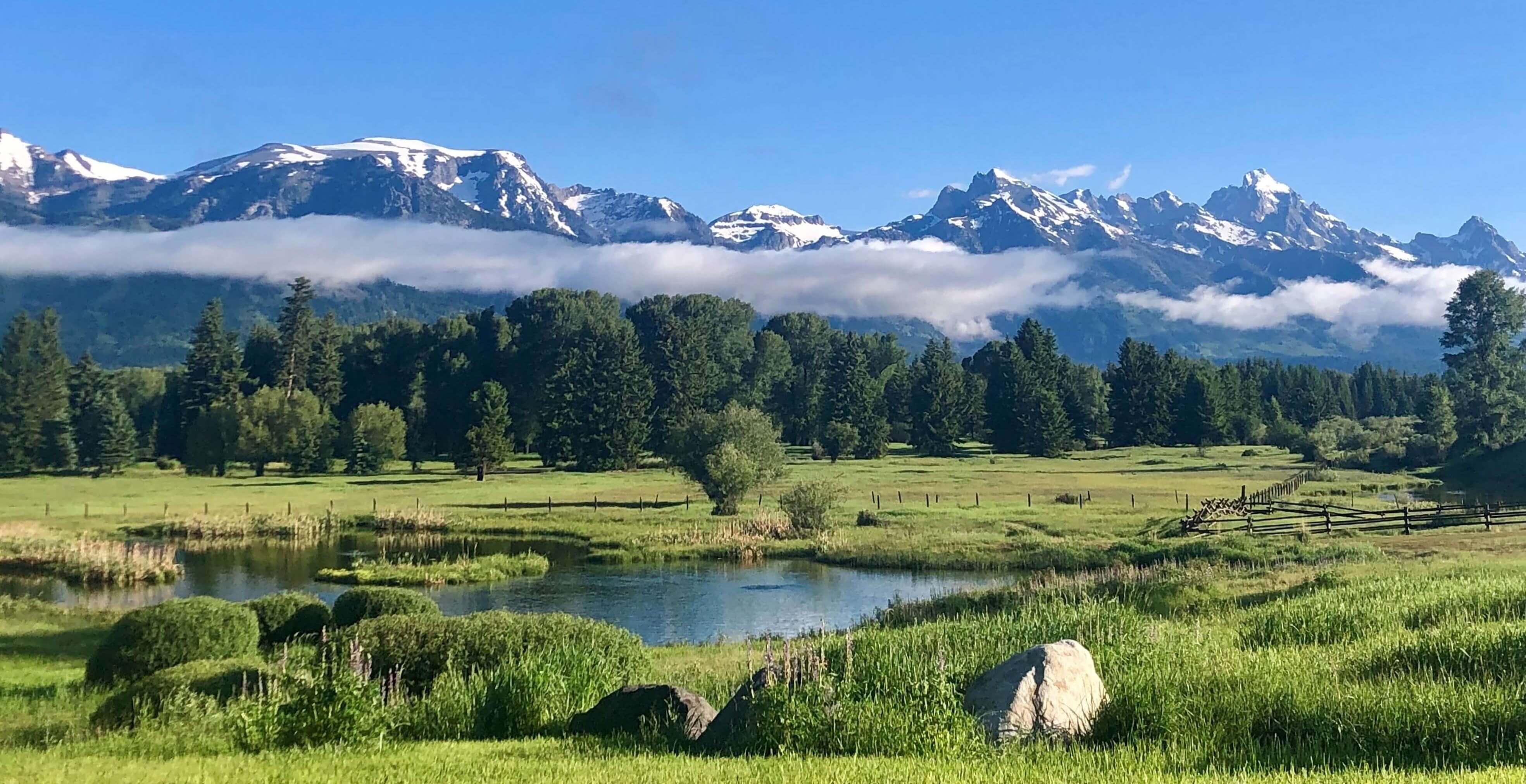 Jackson, Wyoming, located in the Jackson Hole valley, not only serves as the South Gateway to Yellowstone National Park, but is also a great destination for many travelers due to its accommodations, events, and scenery all year round.

Within the Jackson Hole valley, Grand Teton National Park occupies much of the northwestern sector, encompassing the iconic, jagged peaks of the Teton Range. The Town of Jackson is nestled against the mountains at the southern end of the valley. Grand Teton Park and Yellowstone National Park are part of the Greater Yellowstone Ecosystem, one of the last remaining large, nearly intact, ecosystems in the northern temperate zone of the Earth. This makes the region home to some of the rarest wildlife, including moose, grizzly and black bear, pronghorn, bison, cougars, and elk.

From its headwaters in Yellowstone National Park, the notorious Snake River threads its way through the Jackson Hole valley before briskly flowing through the gorgeous Snake River Canyon, which is home to some of the best whitewater rafting in America… bar none.

Jackson Hole is also a place where the modern spirit of adventure is strong. Grand Teton, the highest of the peaks, is 13,770 feet above sea level and inspires limit-pushing adventurers. While still inspired by the heritage of the Old West, residents now pursue careers in a broad range of industries. Jackson is a thriving cultural arts center with renowned restaurants, a playground for recreational opportunities, and home to sights that are barely imaginable. Welcome, or as the signs entering town read, “Yonder is Jackson Hole the last of the Old West."

Aside from a summer setting that attracts visitors from around the world, Jackson Hole has become one of the world's top skiing destinations. The beautiful Teton Village, nestled at the bottom of the Tetons and beneath the resort's numerous ski runs, has grown into a city of its own, not just for skiing, but for countless summer activities as well.

Overland West is proud to have served the Jackson Hole Airport since its first commercial flight in the 1950s. JHA has grown to be one of the busiest airports in the region with direct flights to and from numerous major cities along with an abundance of private aviation traffic.